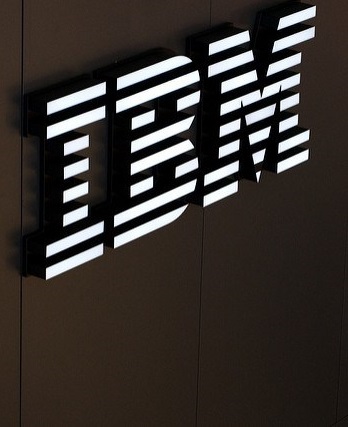 People around the world do almost everything with their mobile devices. Paying for purchases with them is just another use case that makes sense. According to Grand View Research, Inc., the global mobile wallet market is expected to reach $7,581.91 billion by 2024.

That’s why the issuers — banks, financial markets, communications service providers and mobile payment providers, as well as merchants — want to be part of this trend. They’re developing and promoting their mobile wallet and payments app to the market and appealing to their channels and installed customer bases, which increases mobile payment use. It’s just a matter of time before plastic cards will be replaced entirely by mobile payments.

The promise of the mobile wallet is convenience, but what usually happens is customers are forced to authenticate almost every purchase. This is because the traditional legacy system of banks, developed more than 20 years ago, does not provide visibility into transactions on mobile devices.

Additionally, due to privacy regulations, banks are unable to collect certain information from users that is critical to assess the risk of payment.

Authenticating every transaction, really isn’t convenient after all: too many false positives, combined with the operational costs of call centers to create an inefficient approach to fighting fraud.

Say someone in a coffee shop just wants to grab a coffee and go. Typically, that person is on the way to the office and it’s a hassle to be delayed with the need to authenticate using a pin code, fingerprint or some other type of authentication required by the payment provider. The same applies for money transfers as well as in-store and online payment.

In most cases, it’s not necessary and doesn’t make much sense to authenticate. For example, if a consumer’s purchasing habits are accurately defined, then the likelihood of such transactions being fraudulent is extremely low. Authentication in this scenario just causes friction.

Today, fraud is growing by flying under the radar because of a new trend. To avoid hassle, issuers and mobile payment providers now allow customers to buy up to a certain amount without any authentication. For amounts up to $100 in the US and Canada or up to €30 in Europe and in the UK, for example, users don’t need to authenticate, making it particularly tricky to detect fraud.

This situation poses an even bigger risk because the only thing a fraudster needs to do is steal someone’s phone or complete the onboarding using stolen credentials and cards, go to a merchant and buy things using the mobile device. By the time the fraud is detected, the money is already gone. This is easily feasible, as more than half of mobile users don’t lock their phones and identity theft is responsible for $107 billion in fraud in the past six years.

This fraud trend is what triggered Paygilant Ltd. to develop a solution that would address how to eliminate both friction and fraud in the pre-transaction phase.

A portmanteau of “payment” and “vigilant,” the name Paygilant says in a word what the company does: detects fraud at the point of payment with an innovative mobile payment solution. Paygilant was founded in 2014 to eliminate both the authentication friction that occurs when someone on the go uses a smartphone for a quick, routine purchase and the fraud that occurs when someone uses a stolen identity or device, especially with smaller purchases may not be always authenticated.

Paygilant had a transformational vision for the mobile payment space. To make it a reality, we needed to team with a provider that could help us design and build our solution architecture. We evaluated different options and decided to apply to the IBM Alpha Zone accelerator program, which is an intensive, 20-week program for startups to develop solutions with onsite support, mentoring and technical training. Paygilant engineers worked closely with the Alpha Zone team to create a highly scalable architecture comprising various IBM products and services.

We developed a product based on an innovative technology which relocates the traditional fraud detection process from the back end to the mobile device. We now have a unique behavioral map of each customer, reflecting individual activities and spending habits, enabling the most accurate detection rate. The map is updated every two to three days, and it tracks customer activity from all channels, regardless of whether the transaction involves a plastic card or a mobile device.

In real time, before a transaction is even completed, we can detect on the device whether the transaction is made by the customer or whether it’s suspicious. In a majority of cases, we eliminate the need to authenticate because the detection rate is extremely high, three times higher than any traditional fraud-detection system. At a coffee shop, customers simply tap their phone, take their coffee and they’re on the way to the office. There’s no need for them to do anything else, without compromising on risk.

Only roughly 10 percent of transactions trigger authentication that requires the Paygilant solution to validate identity. If it’s the authorized user, that person will pass successfully. If it’s a fraudster, then the authentication will fail and fraud will be prevented. Paygilant’s role is to identify the suspicious activity or transaction in the pre-transaction phase and let the payment provider know that there is something suspicious going on. What action to take next is up to the payment provider.

Paygilant can work as a cloud-based or on-premises solution. The cloud option runs on IBM technology. The on-premises version is for financial institutions that aren’t comfortable sending data outside their own networks. The registration process includes IBM Watson Natural Language Classifier technology, which makes sure people registering are really who they say they are.

IBM Watson technology helps build a customer profile based on information from different public data sources, including social media information, and matches it against the registration details.

Delivering on the promise

Users don’t even realize that the Paygilant solution is backing up the mobile payment app they’re using. It works in the background. The solution makes possible the frictionless shopping experience customers expect with mobile payments.